CARSON CITY, Nevada (AP) – When it was time for Winona James to return to school, her family hid her in brush near their home in the Carson Valley to prevent officials from the Stewart Indian School from to find her.

James, a member of the Washoe tribe from Nevada and California, was among more than 20,000 students who were sent to residential school as part of a federal program designed to forcibly assimilate Native Americans into mainstream Euro-American culture. She attended for a year, but her family feared for her life.

â€œI remember my grandmother didn’t want me to come back to Stewart because she thought I would never go home again,â€ she said in an interview for a history initiative. the University of Nevada at Reno in 1984.

The Stewart School in Carson City is one of 350 residential schools the U.S. Home Office plans to review as part of the review of the Federal Residential Schools initiative, which includes an investigation into student deaths and known and possible burial sites.

Nevada Governor Steve Sisolak heard stories from ancient tribals about the school’s history on Friday. The governor, tribal chiefs, state agency heads and interior officials discussed how the state – which funded the construction of the school and helped round up children to send there -bas – can contribute to federal efforts to address historical injustices and intergenerational trauma and honor children who have died in residential schools.

Descendants of the Paiutes, Washoes and Shoshone who attended the Stewart School during its 90 years of operation have told stories of bounties offered to bring Native children to school; of students trying to run away because of hunger; and extreme overcrowding in dormitories.

“It is a tragedy that it has taken so long for the federal government to take an honest account of an immoral program that has existed here for generations,” Sisolak said at Stewart Indian School, now home to a cultural center and a museum.

The governor apologized on behalf of the state and vowed to cooperate fully with the Home Office and its Native American First Secretary, Deb Haaland, as they review the files and investigate past policies of the federal government and monitoring of Indian residential schools.

Stacey Montooth, executive director of the Nevada Indian Commission, said it was not clear how many children attended or died at Stewart Indian School.

Although the federal government never focused on tracking students, Montooth said, the fact that it took all records and archival documents when the school closed in 1980 made it difficult to keep track of. deaths.

Despite the lack of available archival documents, Native Americans in Nevada continue to heed the history of residential schools, she said, â€œThere is not a Paiute, a Shoshone or a Washoe in this state. which has no direct link with this campus. “

Since the children’s remains were discovered at a residential school in Canada, tribes both there and in the United States have pushed the government to recognize the lasting effects of the policies that Pennsylvania residential school founder Richard Pratt, described in the 19th century as “Kill the Indian, save man.”

Indigenous children as young as 4 years old have been forcibly taken from their families and sent to off-reserve residential schools. Their hair has been cut. They converted to Christianity. And they were forbidden to speak their mother tongue. They were often subjected to military-type discipline, and until the reforms of the mid-twentieth century, curricula focused heavily on job skills and, for women, on household chores.

Historians say many schools were overcrowded, physical abuse was widespread, and many students died and were buried in unmarked graves.

Tribal leaders believe children were secretly buried somewhere on the Stewart School campus, but have yet to decide whether to dig up and repatriate the bodies to their homes or honor them by leaving them in the ground as this is the custom for many tribes, including the Shoshone. In New Mexico, Utah, and elsewhere, researchers are using ground-penetrating radar to search for remains. Sisolak said it would be the tribal leaders’ decision how to investigate the story. 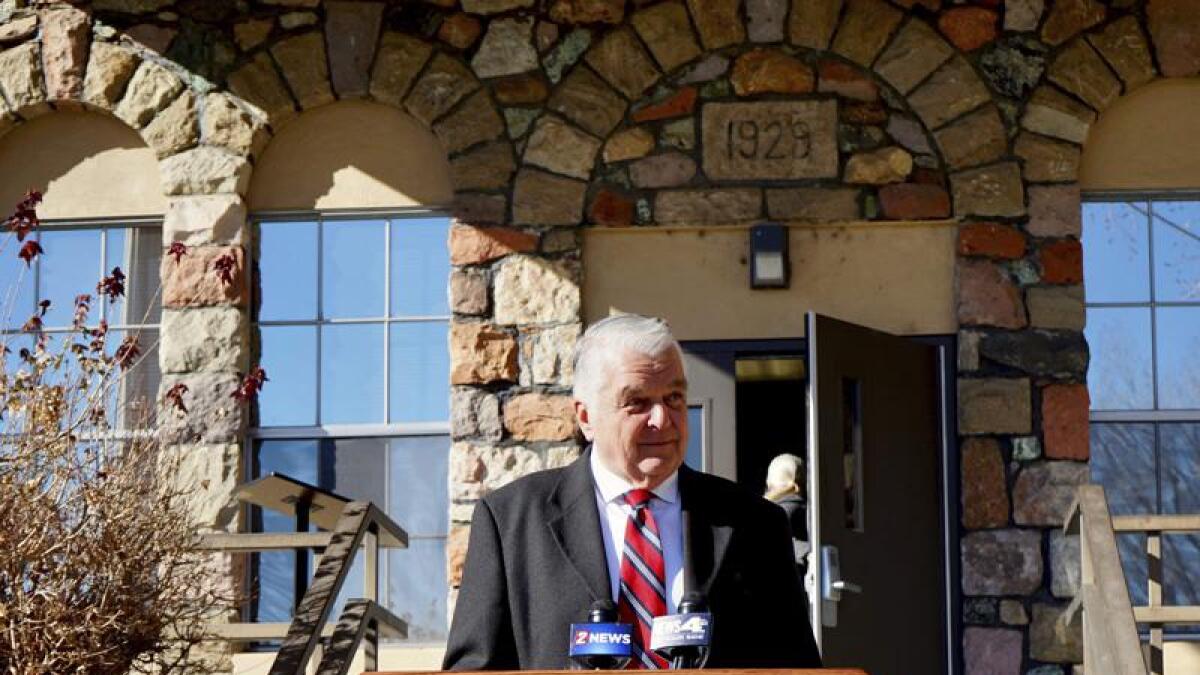